Wearing time: the beauty found in a moment. How is this translated into a piece of jewellery ?

Through conversation via email with Volker I am returning to my interest with shadows and the tricky concept of producing a real thing to represent a transient moment with enamel as the material to explore the surface. Well that is the premise at this point.

However when looking at past influences and previous work, I don’t think I have really moved far away from my interest in shadows

My work in Fingers Gallery Auckland on a sunny morning with shadows doing their thing.

So I had the bright idea of treating copper like I would paper and using a  joining technique traditionally found in a carpenters shop. Put like that, it definitely sums up the state of my thought patterns. Oh and to hold it all together I would use enamel not solder.

I am quite pleased with the outcome, however it has raised more questions rather than providing solutions. Back to the bench . . .

Meet my mentor. This guy has taken the bold step to work with me for the next 2 years. It is a bit like an arranged marriage, with someone else being the matchmaker. Ruudt Peters decided Volker would be good for me.

After a few technical hitches on the internet front we have made contact. And bloody hell after one email and a few insightful comments; the matchmaker might just be right.

All I can say is watch this space.

So travel broadens the mind, well why am I still taking pictures of flaking paint? The truth is, it still excites me. Yes the truth is out, but I have come to realise that life is just one big contradiction. Now I know this is not rocket science, but from all the images I have taken over the 6 weeks of travelling with the family. I have realised there is a great deal of variety that makes me go ‘ooooh’ about.

The joy of fulfilling an intention is without doubt completely satisfying. I did this early in May 2015. St Ives has always been a destination I wanted to achieve. Firstly because of the Barbara Hepworth Gallery and secondly because I had never managed to get that far south when living in England. It didn’t disappoint. In fact, after a windy drive across Bodmin Moor eagerly listening to my sat nav companion I came into St Ives with the sun shinning and the light that I had read so much about bathing the harbour that took my breath away.  Three days walking the streets, listening to the gulls and taking pictures of all things iron wasn’t enough ! However, it will always be etched into the brain and hopefully find its way into some work

Time to sort these pages out. Never as easy or as quick as it might be so bear with. The wait might well be worth it and its all I can do with a wrist in plaster.

A studio collective of like minded individuals, that is the reason for my long silence.

However, we are up and running in the heart of Auckland. Shared studio space and innovative creative classes  starting soon. I am thrilled to be part of this great initiative.

Check out whaustudios.co.nz  for mor details

One year on and I have to say “where did that year go?”  It has been a whirlwind of a year.

Family has found me again and at times I think they wish I was back at Tech stressing over final show rather than checking on homework and tidiness of bedrooms.

Personally I have had a great year, the graduate show at Fingers Gallery, having work in Fingers Annual show and experimentation with new ideas along with meeting Mike Holmes again at Talkfest.

But still I feel I haven’t done enough. I think that will always be me though. The jewellery scene in Auckland is supportive and involved. and I feel great to be a small part of it. This year I have spoken to some of my heroes and found out they are approachable and full of encouragement. So what next? Handshake 2 is asking for participants and after some personal questions I am going to apply, so it will be an anxious time to sort my stuff out and await a response. But as I found out regarding GraduateMetal13, if you don’t have a go you will never know 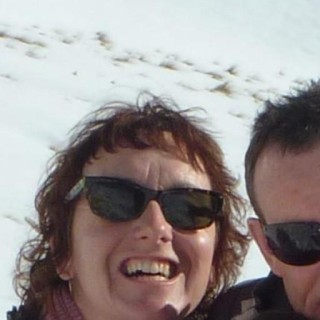 An emerging crafter of body adornment based in New Zealand with origins in England. Addicted to the decay and abandonment of the ordinary within daily life.

The Big Trip to Northern India